Home-Games-How to bet on PUBG properly?

How to bet on PUBG properly?

PlayerUnknown’s Battlegrounds is also known as PUBG for short. It was one of the first games to incorporate the battle royale genre as a first-person-shooter. It was also one of the first battle royale games to be featured in eSports. Nowadays eSports betting on PUBG is pretty much a daily thing when it was simply unfathomable in the past. Despite a recent flop, the game is still going strong on Twitch and YouTube.

The mobile version at the end of 2019 was downloaded more than 600 million times and brought in more than 1 billion dollars. For the PC and the console version – it was only 60 million copies.

In the beginning, it was a modification called Battle Royale for the video game Arma. It was designed by Brendan Greene. The idea turned out to be simple and interesting to many: 100 players start the match in different places on the map and fight for survival. They collect equipment and gradually move to a narrowing safe zone. At the same time, they try to score as many frags as possible (but this is not necessary).

Now it is a bit of a raw discipline in eSports, but major events are already held, teams have formed all over the world, so the development is happening rapidly. The mobile version – PUBG Mobile – has also become very popular. Competitions are held frequently and it is completely legal to place PUBG bets on matches. The number of people involved in PUBG betting is growing rapidly. 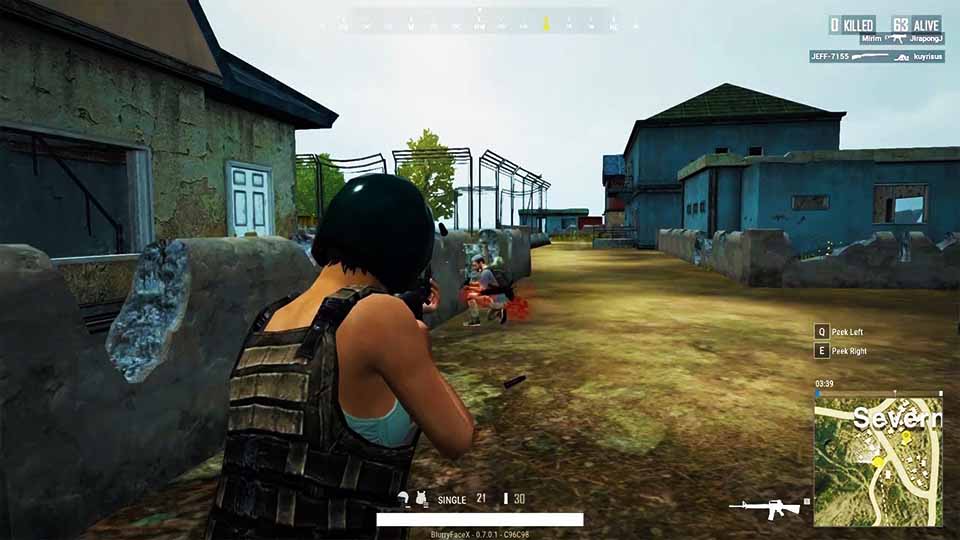 PUBG wagers: The basics of gameplay

Basically in PUBG, there is a massive map where 100 players are fighting at the same time. The main objective of the game is to be the last man or the last team standing. To do this, you can either participate in shootouts with other players or quietly sit in an ambush, in order to hold out as long as possible. Before the start of the map is the landing of players on the map from the plane. Each time the plane flies on a random trajectory over the map. Players choose the moment when to jump out of the parachute and where to land in the end.

Across the map, there are scattered weapons, armor, first aid kits, backpacks, sights, and other equipment. Before we move to the topic of betting on PUBG, it should be noted that one of the player’s initial tasks is to find better equipment to have more resources for the battle. Also in different locations, there is a transport with which you can move faster on the map.

A zone in the game forces players to fight with each other. If you don’t get into the zone quickly, you will most likely perish. Therefore, everyone strives as quickly as possible to get into a safe area and take a favorable position there to get some sort of advantage. This could be a high ground or a better-protected area like a house or something.

Every few minutes the zone narrows and more players meet in smaller areas. As a result, sooner or later there will be only one survivor. In the game, you can take part alone or in teams of 2-4 players. The wagers PUBG fans place on the game heavily depend on the composition of a team, their dropping location, and thousands of other reasons we will discuss below. Things such as third-person and first-person games have their separate leagues and pro players, so the game gives off a lot of diversity.

The bulk of professional tournaments are held in the “Squads FPP” mode (teams of 4 players, first-person player). Initially, only one map (Erangel) was introduced in the game, and three more were added later, Miramar, Vikendi, and Sanhok. Which map will host a tournament depends on the event and the organizer. 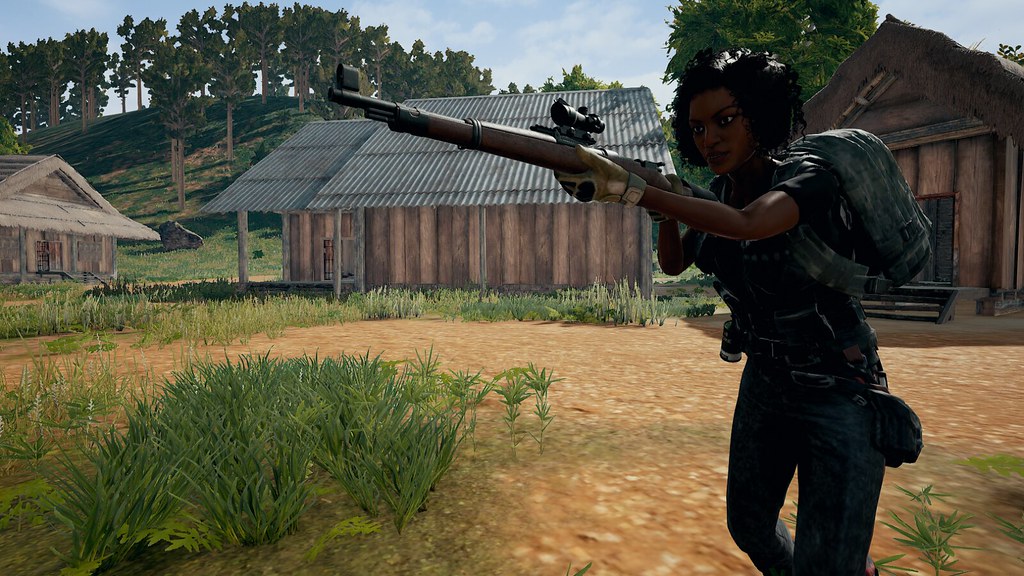 Unique characteristics to consider when betting on PUBG

PUBG betting tips: what kind of bets can you place?

PUBG is successfully moving towards entering the top popular esports discipline but so far bookmakers sometimes make mistakes in calculating odds, and this is in the hands of the betting companies. But such things happen often.

Because of the Battle Royale gameplay, PUBG is completely different from regular multiplayer online combat arenas (MOBA) such as League of Legends and Dota 2 or first-person shooters (FPS) such as CS: GO. As a result, the number of BR is not as large as for some of these more reputable video games.

PUBG has more specifics compared to other games: during the tournament, 25 teams (squads) play at the same time, so it is almost impossible to guess the survivor. Of course, the option on the winner is offered, but there are also unique types of bets, which generally revolve around PUBG world cup betting:

The standard professional match in PlayerUnknown’s Battleground is to battle a large number of teams on a small map. In total there are 4 different locations: Erangel, Miramar, Sanhok, Vivendi. They differ in scale and features of the landscape. The choice of the map on the pro-scene depends on the format of the competition.

Of course, you can bet money on the winning team. However, it is very difficult to predict the leader, so bookmakers offer additional options for betting:

As we can see, there is no special choice of bets.

To do this, you need to know the current form of the main favorites of the match. Streams, statistics, and revision of the records of recent matches will help with this. There are no PUBG money betting strategies that are universal at the moment. At the same time, no one makes PUBG predictions. Each bet is accompanied by a factor that shows how likely its success is and how much you can get if you win. The best way to predict an outcome is to watch as many friendly tournaments as possible or gather information on who has the best gunplay, positioning, teamwork and etc. All of these combine into a statistic that can technically show you who has more chances of winning. But a small stroke of luck can throw all of those statistics out of the window. 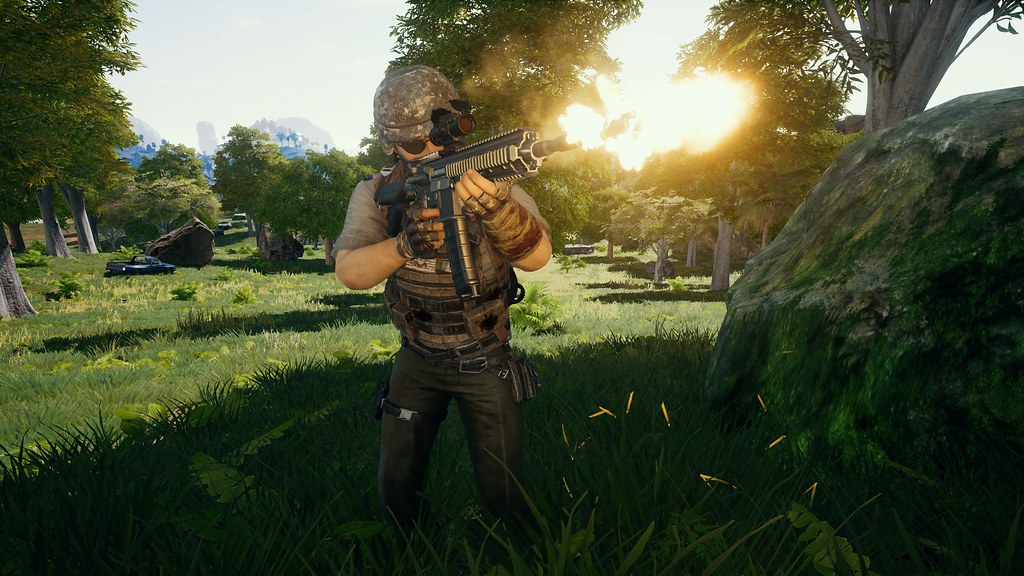 What can you bet on PUBG with?

Real money, currencies, or fiat currencies as they call it is the most common type of eSports betting, but not the only one. PlayerUnknown’s Battleground features a variety of skins for your characters, weapons, and gear. The more basic and easy-to-get ones are free, but some come from crates at a drop chance percentage. Due to the fact that PUBG is a Steam game such items can be traded, exchanged, or used as bets on tournaments or friendly matches. But the latter is usually done by the bettors themselves, without a platform or anything.

Currently, there are no know betting companies that accept bets via cryptocurrencies. However, this trend is also likely to be changed, because with the development of cryptos more and more companies are adopting it as a primary method of payment. But once again people bet real money on PUBG over any other type of payment.

Betting items and skins in PUBG

Skins in PUBG can either be bought on the trading floor or you can get from loot boxes you can buy for real money or some in-game coins. Naturally, the in-game coins take forever to gather. In fact, the game itself doesn’t shy away from gambling in a sense. In many cases, some promotions of new skins looked like roulette you had to spin and hope to get an expensive item. Most skins are not bound to your character so you can easily just use your old skins as bets.

Roulette allows the player to put skin and get a chance to win things for a great value. In roulette everything is accidental and does not depend on the results of any matches, everything is like in a casino.

But there are also special bookmakers who take bets with PUBG skins for tournament matches. The process of betting on such portals is as follows:

Lottery plays a huge role in any esports game. It helps a player to get additional rewards, as well as, to discover rare things. Before we move to the lottery in PUBG concerning betting we should say that in-game there is a lottery which is designed to help players get rare items. Of course, such lotteries do not have a high chance of producing excellent items, but still, they are very helpful for players – especially for novices.

However, there is also an idea to add more roulettes besides this one. Developers have long thought amid the growing popularity of PUBG to include something very exotic that would attract more customers. But at the moment we don’t really have any tangible results. 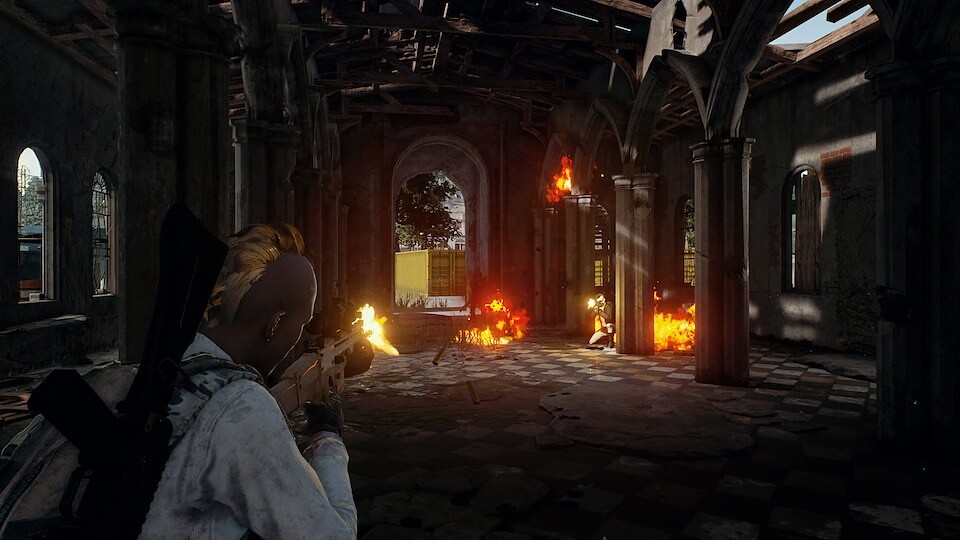 When we talk about PUBG betting as well as strategies and tips that are likely to increase your chances of winning, we should also take betting websites into account. Here you can see the best PUBG betting sites that you can use:

These websites offer a high level of trust and reliability to customers. Esports discipline is a field that develops rapidly, but still, it is a very fresh one. The list of PUBG best betting sites presented here are trustworthy. However, the chances that you encounter a website that is fraudulent are very high. Because of that, it is always a perfect idea to avoid a website that is small, suspicious, and does not provide a feeling of reliability.

PUBG is an interesting and exciting game, but watching matches and trying to base your bets on them is pretty difficult. The reason being here is that there are a lot more aspects to winning in PUBG. One does not have to be the best sniper or the best grenade thrower. All they have to be is patient and smart with their movements, which is much harder to bet on.

But despite all of this, making some money from PUBG bets is possible. In fact, it has some of the best odds due to so much unpredictability. At the moment, the game is pretty popular among bookmakers, but in the near future, we should expect the emergence of new competitions with impressive prize money, from where there will be new additional murals in the line on PlayerUnknown’s Battlegrounds.

It is also worthy to mention that PUBG 1v1 wagers are also possible. This betting type completely depends on the gunplay of each player. It’s much easier to predict and much faster, so not too much can be made from it. But, having it as an option is still good, but don’t expect there to be whole tournaments around this. Most likely these kinds of matches will be used as a warmup before the team-match, but that doesn’t mean you can’t bet on it.