Esports is quickly becoming one of the dominating forms of entertainment around the world. More and more people are being introduced to the industry thanks to their favourite games. Nearly every video game we can imagine today, that has a multiplayer version aspires to enter the eSports market. Due to such interest in the industry, more and more companies are starting to offer their players the opportunity to bet on their favourite teams.

Most of these companies revolved around fans from Western countries such as the UK or the United States. But due to serious regulations on gambling activities, new markets needed to be found to support the new-found hype and demand. Australia was a very similar market with a bit more forgiving regulations, which now makes it the host of some of the best eSports betting websites.

Let’s find out which eSports betting websites are the best for Australian eSports fans and what qualifies them to be so.

Esports being classified as a sport was quite a controversial topic not only in Australia but all across the world as well. It was all taken care of when the International Olympic Committee recognized it in 2017. Therefore countries had to quickly scramble and somehow include the eSports gambling industry into their regulatory frameworks.

Thankfully for Australia, their regulation was quite simple and did not need any specific classifications or amendments. Esports betting websites in Australia are considered as normal gambling websites that adhere to the Interactive Gambling Act of 2001.

This is about real money Australian casinos, however. Most Australian players, if they want to gamble with local online platforms have to utilize resources such as cryptocurrencies or other means of payment. But, overall, it is very unlikely to see Australian eSports betting operators, but there are more than enough foreign operators that cater to the local population.

Where does Australia stand in eSports betting?

Gambling is not something controversial in Australia. In fact, it can be perceived as a daily occurrence in pretty much every household. Nearly 80% of the Australian population has been involved in gambling one way or another. Unfortunately, however, there is a very little indication as to how many Australians take part in eSports betting as it isn’t the largest of markets.

However, what we do know is that eSports is majorly popular with Australian players. The biggest issue, however, is that the industry itself does not have a strong foothold in the country. Due to unfavourable wages and constant issues with internet speed, most professional eSports players just get up and leave the country. They’d much rather perform in the USA or the UK.

Although this may seem like it spells trouble for the local eSports scene, it is actually one of the best things that can happen for local fans. You see, their favourite local players leaving the country and joining the international scene is an amazing way to introduce them to major tournaments in various games. Which is one of the primary ways that eSports betting sites in Australia market themselves with. Through showcasing local players and even introducing individual bets on their performances. This tends to touch Australian gamblers much more, as it adds the national identity factor to their gambling emotions, making them a lot more lenient for making bets.

The future isn’t too bright though

According to the latest survey, however, more and more young Australians are starting to ignore the gambling industry. The numbers are quite bad actually. Compared to last year’s 32% of people confirming their participation in any type of gambling activity, only 25% confirmed it this year. And this is just the ages between 25-35, a primary market for eSports gambling websites in Australia.

Due to this decrease, many people started believing that the gambling industry for the Aussies was well on its way towards an early grave. But soon it was found out that most of the people in the 25-35 age group had acquired new spending habits on different goods. One of which turned out to be video games, which still creates some space for eSports betting and gambling. 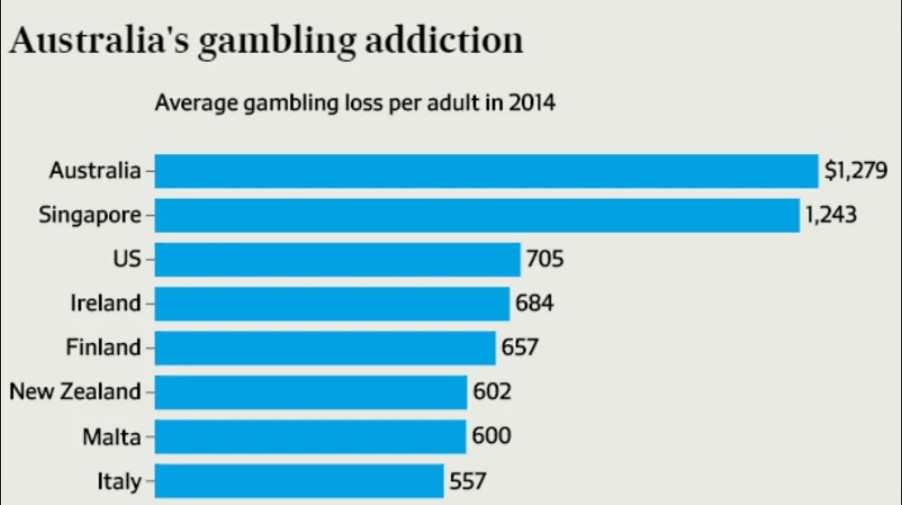 But despite the increase in video game spending, there are still issues connected to conversion. Not every player is an eSports fan, which makes the increased number for video games useless for the website operators. Furthermore, it was documented that most people that spent more than 200 AUD on video games per month, did so for various in-game stores rather than new games.

This was basically a new form of gambling introduced by game developers. Which drastically increased their overall sales. Instead of directing the player base to an eSports betting website, most game devs started implementing their own version of a “digital casino”. This was mostly seen with the CS:GO crates. Where players would pay for the crate and the key, open it and hope that the RNG gods will favour them and give them a knife or a rare skin, which they could then sell for real money on the platform.

This then birthed various offsprings of CS:GO gambling websites, where operators provided virtual slots. The same programme was applied to the crates, meaning that there was the same RNG factor. Should the player want to cash out the item in real money or just have it applied to their account, the website operators would have it taken care of. This was much better compared to the in-built crate opening system, which ticked off Valve quite a bit. Soon enough, however, the UK government closed down the whole show by classifying it under the strictest of rules and even imposed copyright laws. Nevertheless, the eSports industry in Australia and the UK lost a large chunk of its customer base because of this.

How to choose an eSports betting website in Australia

As already mentioned in the Australian eSports betting regulation paragraph, it is basically impossible to find an operator that has its operations based in Australia and is offering online gambling options. The IGA 2001 does not give the opportunity for this. But since most Australian eSports betters don’t have an issue finding platforms to gamble on, it must be very easy right? Well, not really.

In order for the operator to cater to the Australian population, the need to acquire a license, even if it means that they can’t base their operations in Australia. Once the license is acquired, only then can they feature Australian players, therefore, once you visit a website, make sure to look at their available countries. If Australia is not featured, then you may have some serious issues with withdrawing or depositing money on your account.

What usually gives away the unlicensed nature of the company is their lack of currency conversion displays. Usually, when making a payment, or asking for a withdrawal, the website should notice your location and showcase the funds in the relevant currency. If they don’t, then it might mean that the operator is giving you access without the required license. But why do you need a license anyway?

Well, one of the primary reasons is the safety of your funds. There are more than enough gambling operators out there that, when seeing one of their customers making more than they should be, deny the option to withdraw the profits. If licensed companies were to do this, the customer can always involve the regulator and have it resolved much faster, or just have it resolved in general. If a company refuses your withdrawal in any way shape or form, it is already a red flag.