eSports betting in Singapore – Is it impossible to do it?

Singapore is one of the most financially successful countries or city-states in the world. Their history is steeped with economic ties to the west, and it could be said that they’ve been directly influenced by them. Multiple trade deals and revenue streams have made the country what it is now.

But is there space for eSports betting in Singapore? Is there a possibility for a citizen to place bets on his or her favourite team without getting in trouble with the government?

Well, not exactly, as the regulation in Singapore prevents any type of online gambling, unless the government approves of the company. This is due to the massive epidemic that the country suffered in the past. The epidemic of gambling addiction, fund loss, and people going bankrupt over the course of a single day.

Although the new regulations did cause quite a lot of stir in terms of “exceptions”, due to some companies unlawfully gaining a license to operate.

At this point in time, it is not recommended to try eSports betting from Singapore without a proper VPN to protect one’s identity, or at least to access the website somehow.

Esports falls under the category of “fantasy betting” in the country and is heavily restricted alongside any other sports betting, online slots or horse racing activities. Even though the local government has absolutely no animosity towards the eSports industry itself, the act of betting on the games is a big no-no in the country. As already stated in the intro, this is due to the terrible experience in the past, where most citizens were involved in extensive gambling activities. 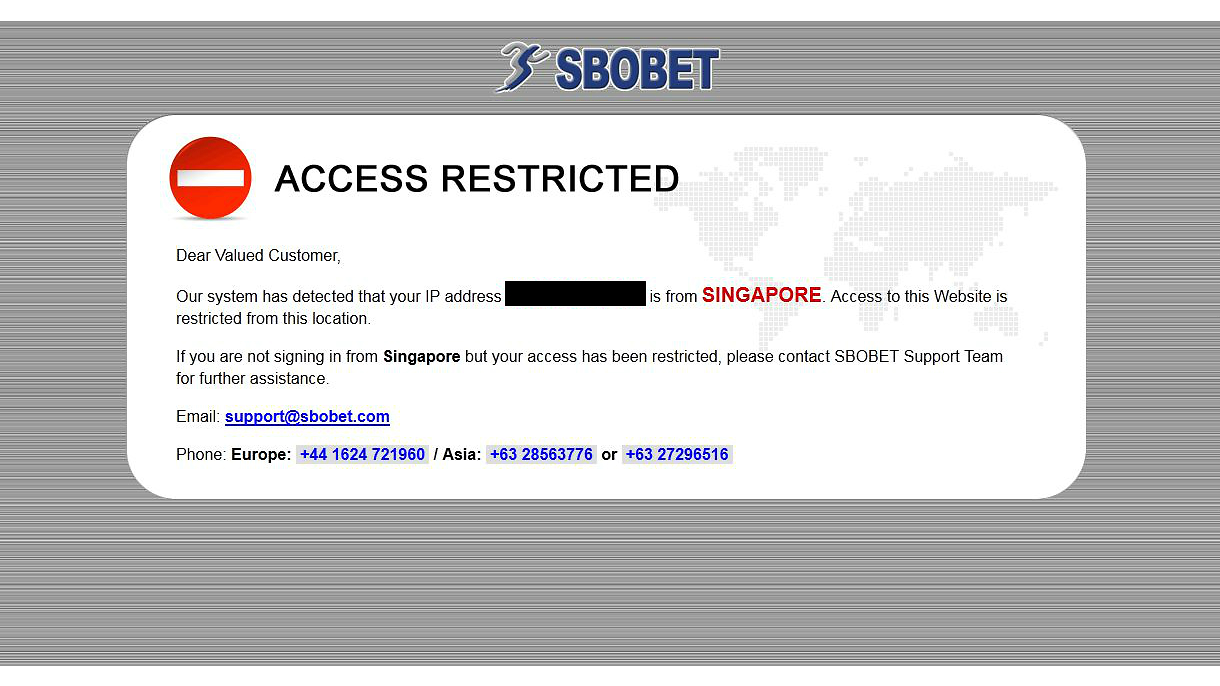 At this moment of time, online gambling is not permitted in the country. Both local and foreign operators are restricted to even allow Singaporean citizens on their platforms. Should this occur, the company may face heavy fines and criminal charges. Despite most of the other countries targeting the operators, Singapore is known for arresting some illegal bettors themselves, therefore there is risk involved for the customer as well.

When it comes to offline casinos, there’s a bit more freedom, in a sense that they can get a license much like any other country. But they are forced to introduce heavy fees on entering the casino, sometimes as high as 100 Singapore Dollars. This prevents the locals to partake in gambling activities, therefore the casinos focus on foreigners instead.

The exceptions in the country

The only way for eSports betting in Singapore to be legal is to be featured on an “exception” company’s list of bettable industries. An exception company is an entity, which the government deemed trustworthy and provided a license to operate online gambling platforms.

This was a product of an amendment in the legislation in 2016. The first form of the regulation, which was introduced in 2014, is still active though. There are exactly two companies that are allowed to provide online gambling platforms for the Singaporean population. Those companies are: 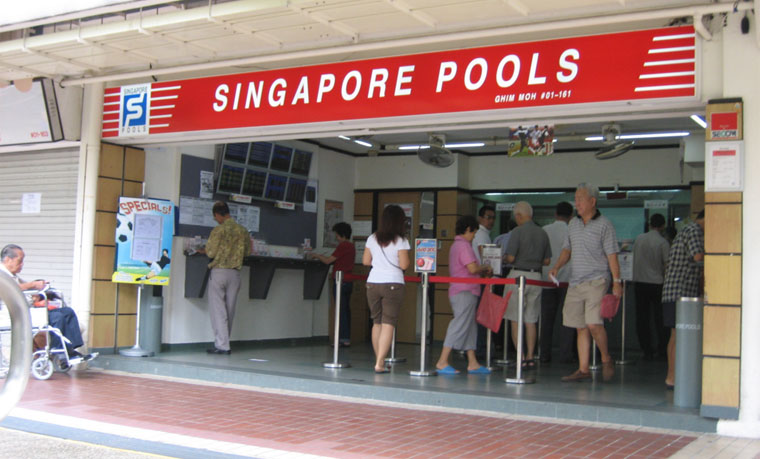 Unfortunately, however, these two companies do not feature eSports bets as an option for people willing to participate. The only “games they offer are:

Despite the fact that the eSports industry, in general, is growing in the region, nobody has the capability of proving themselves trustworthy enough to receive the “exception company” title and open an eSports betting website in Singapore. Speaking of the industry itself.

eSports as an industry got its first large boost in the region when it was included in the Singapore Sports Hub last month. Thanks to the partnership there will be an official training facility for eSports in a nation-wide recognized sports building.

This was Singapore’s way of recognizing eSports as a legitimate sports segment, despite the fact that the Olympic Committee had already done it long ago. 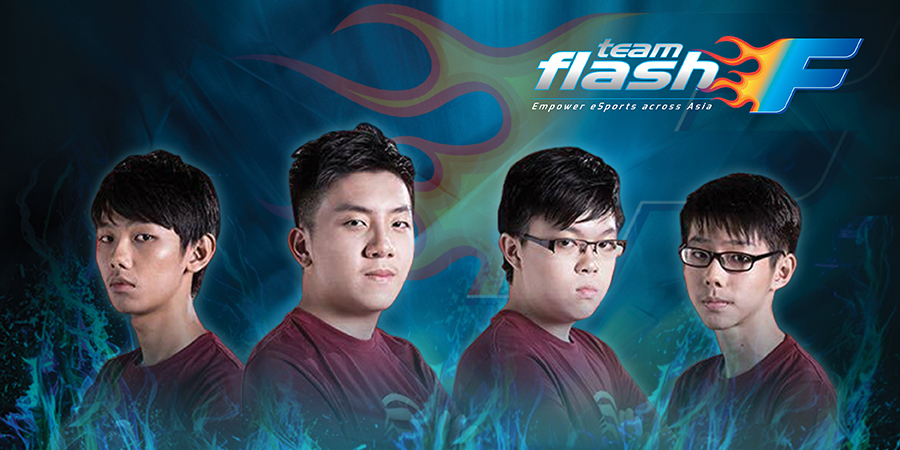 Before this partnership, the government had already participated in the growth of their eSports industry, by supporting Hyperplay, which is an ASEAN eSports and music festival. This was done in 2018, way before eSports was actually recognized as a legitimate sport in the country.

The most popular team from Singapore is considered to be Team Flash, which was runner-ups in the 2018 FIFA E-World Cup. However, new teams have been formed to diversify their game coverage and now feature a plethora of groups specializing in the most popular eSports games out there, such as:

There were even rumours that the government was enjoying the success of the local eSports scene so much that they might have made eSports betting in Singapore legal. But, as you can see, that has not happened, and will most likely not happen within the next couple of years.

However, there is still hope that the local industry can grow to such heights that the government won’t be able to ignore it any longer. Players from all background are even moving into Singapore to pursue their eSports careers. Normally, you’d see players running to the UK or the USA, but Singapore is up there with these countries in terms of player salaries.

Furthermore, Singapore is able to cover nearly the whole ASEAN region in terms of tournaments, which gives them access to millions of eSports fans daily.

How to bet on eSports in Singapore

There is no way that somebody can access an online gambling website from Singapore without being seen by the government. Even if you manage to have access to it for a couple of days, it is pretty much guaranteed that at some point you or the operator itself will be noticed. And as already mentioned, Singapore has quite a different approach to their gambling lawbreaking activities from other countries.

You will be punished alongside the company you played on. The punishment can range from a small fine to actual time behind bars. Therefore, in general, it’s recommended that you avoid eSports betting in Singapore overall. 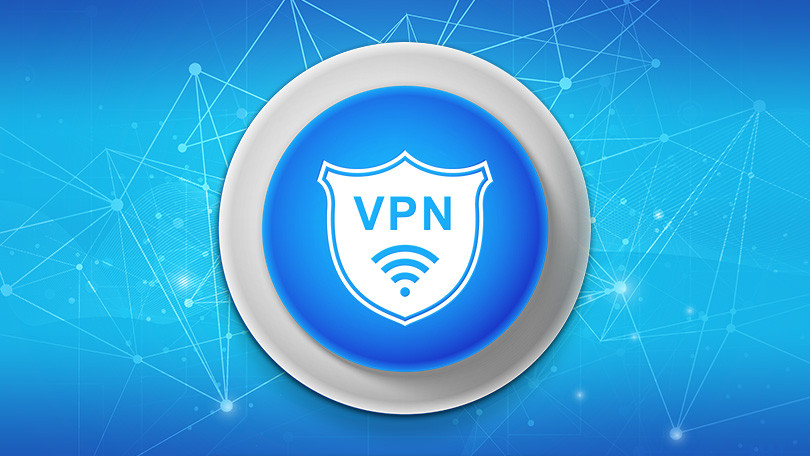 However, if you have the dedication and really want to bet on your favourite team, then a reliable VPN is essential. Best to go for an IP address that has nice regulations connected to it. Going for the UK address is best, due to more comprehensive regulations and company compliance. The best way to bet on eSports from Singapore is to use UK regulated companies. It’s hard to believe that this sentence exists, but that’s how the government wants to govern their industries. All we can do is find ways around it somehow.

What games to bet on in Singapore

Due to the time zones in Singapore, the best games to go for our League of Legends, Starcraft II, Hearthstone and Dota 2. Most ASEAN tournaments tend to focus on those games, and most Singapore teams specialize in them.

The only exceptions are of course the FIFA teams which usually tend to travel abroad for those specific tournaments. Unfortunately, for Singaporean betting enthusiasts, the most lucrative game, CS: GO is not as popular as it is in other countries. Therefore finding a local team to bet on in the future can prove quite hard.

It’s best to diversify CS: GO bets on European teams, as they tend to be the best-performing ones in the industry. But overall, the MOBA and RTS genres are more in-tune with the local population.

How to choose an eSports betting website in Singapore

As already mentioned above, the operator cannot be based in Singapore or anywhere else, where it can legally cater to the local population. Simply installing a VPN and going for the most trustworthy platforms, such as the ones regulated by the UK, is the best option for players right now.

Going for UK-based platforms will ensure access to the most relevant CS: GO bets, but going for a platform located in Taiwan or Australia, will provide better time management capabilities for relevant games such as League of Legends.

In general, it’s best to cross the border from Singapore and into Australia or a nearby country which does not have such harsh regulations and place bets that way, as even the VPN can sometimes be compromised by the government.