A brief history of eSports 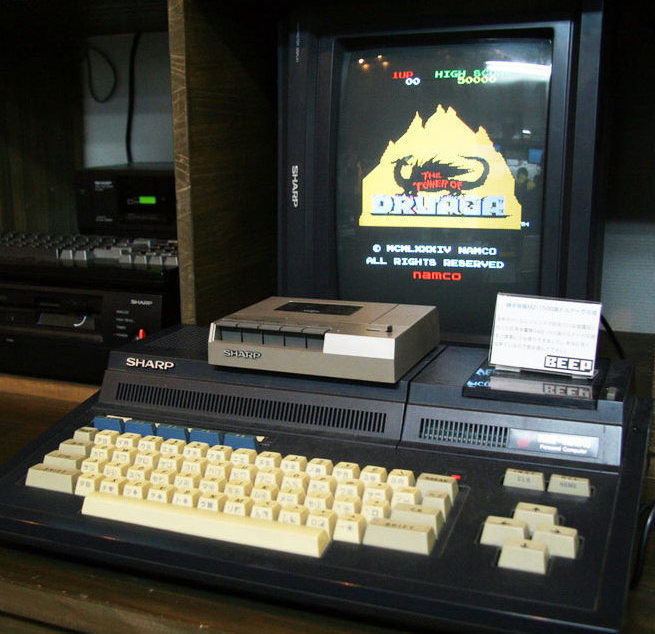 It was not long ago where eSports was not even a word let alone the phenomenon that it currently is. It had humble beginning where many casual gamers gathered around with friends and made small tournaments just to have fun and create a sense of competition. That was back then when video games were very simple, now when games are very complex and detailed things have changed a lot.

The gaming industry and the eSports industry are billion dollar industries that are thriving at the moment and have a very bright future ahead of them. The history of eSports may not be long but it sure is explosive and the fact that in such a short time it managed to conquer almost every continent it makes it even more exciting and fun to analyze. The short history of eSports is a phenomenon, while it took traditional sports decades and decades to become famous worldwide, it took eSports a lot less to have millions of fans. It’s also interesting to state that the number of people that are aware of eSports is more than a billion.

As the gaming industry started evolving and offering more complex games with better visuals, the number of players that played games for fun increased drastically. We can take as an example the Donkey Kong competition where they wanted to see who could get the highest score.

Despite the fact that people vastly enjoyed playing games recreationally for many years in a row and even some tournaments were held they weren’t taken seriously and people never imagined that eSports can one day be compared to the traditional sports, for that reason, they were kept out of the spotlight. Games like Mortal Kombat and Street Fighter attracted many avid gamers that just wanted to be a part of the community that was slowly forming. In that time the tournaments were still very rare and they were just being made so that the fans could enjoy competition and see who’s better.

October 19th, 1972 was the date when the first video game tournament was held. Fans of Spacewar were gathered to compete against each other at the Stanford Artificial Intelligence Lab in Los Altos, California. The winner of the tournament would go on to win a year’s subscription to the Rolling Stone magazine. This was in a way the birth of eSports and to many people that are big fans of eSports this date holds a significant meaning.

For other people the official start for the eSports industry comes at the beginning of 2000 in Korea where the Korean e-Sports Association that were a part of the Ministry of Culture were trying to promote eSports in Korea. The tournaments became televised as well, where games like Warcraft III and Starcraft were massive in Korea during that time. TV channels like MBCGame and Ongamenet were exclusively dedicated to eSports.

As in many other facets of our lives, internet changed everything. When people started connecting with each other via internet, it made it possible for people to use it not just for work or communication they started using it for gaming. Internet made possible for many games to exist. High speed internet changed things even more because now it meant that players can play against each other competitively, and from that moment games like Counter Strike or DOTA became instant hits with millions and millions of players around the globe. The world slowly started to notice that it can no longer ignore the world of eSports that was rapidly growing in front of their eyes.

The first companies to start holding tournaments or sponsor them we’re naturally tech-related companies. They saw this as a way to introduce gamers with the new gear that they’re creating while helping the eSports industry grow. So to answer the question of when did eSports become popular can become quite simple, they became popular when tournaments started being held regularly and professional leagues were created at the beginning of the new century.

Professional teams were already created and were fully functional and competing every year. People began to realize that eSports are becoming viable career options that have an actual future. Talented and hardworking players were becoming famous more and more each day. The sponsorship of tournaments created an opportunity for investors as well as they saw a chance to invest in what was becoming a separate industry from the gaming world in the sense that teams could now profit from just playing in the organized leagues and tournaments, they didn’t have to depend from the creators of the games that in many cases were also the sponsors of the tournaments.

So far we saw that eSports had a very humble beginning where no one thought that they could make it this big, however this turned out to be just the tip of the iceberg. When the high speed internet made it possible for Multiplayer Online Battle Arena or short MOBA games to thrive and attract hundreds of millions of players worldwide. The end of the last decade saw the creation of League of Legends, which is currently the most played game in the world. League of Legends isn’t the only game that is being played by a jaw-dropping number of people, DotA 2 and CS:GO are becoming increasingly famous as well, these are just PC games while there are many console games that have player bases that number in millions and are becoming more and more popular each day.

The popularity that eSports managed to get in just a few short years is still hard to fully understand. A stereotype was created in the early days of eSports, a false stereotype that only teenaged boys and men who lived in their parents’ basements took video games that seriously. This, however, turned out to be false because many people each day play games passionately and they even follow them with an avid passion. The professional leagues of some of the most famous games have very loyal fan bases that are just as passionate as the fans of traditional sports are. According to Newzoo, 44 percent of eSports fans were parents and 38 percent were women.

We can see a pattern here; people that grew up playing video games continued enjoying them well into their adulthood and still play them or watch eSports. The audience growth is constant and the prediction is very positive when it comes to what will happen in the near future. In 2015 there 809 million people that were aware of eSports and in 2019 it is expected to almost double up. A billion and five hundred million people being aware of eSports can be considered a major success if we come to think of the fact that just 20 short years ago eSports were nonexistent in many ways. Europe, North American and South-East Asia have invested the most in eSports and still continue to do so. The profits are pouring in as well. The Asian market leads the way with $328 million in value; North America is behind Asia with $275 million while Europe is third with $269 million.

The streaming platforms helped shape the eSports industry, the largest contributor being Twitch, a streaming platform that allowed professional and amateur players stream the games that they play. This was a welcomed and positive thing because it allowed the professional players to earn extra money. Basically, fans would donate or pay a small fee each month just to follow their channel. On the other side, fans got to see their favorite players or streamers play and maybe even learn many things from them. The value that streaming platforms have given to the eSports world is underrated because many people fail to understand that there are quite a lot of streamers that earn quite a lot of money just from streaming.

Ever since eSports became a thing, Europe, North America and Asia were powerhouses and still continue to be. The most successful eSports teams come from these regions and they have already created dynasties in many of the famous games. If you check the major tournaments of all the most played games in the world they usually come from Western Europe, North America or South Eastern Asia.

History of eSports in Asia

Asia has the largest market when it comes to eSports and of course some of the most famous players come from the Asian countries. In every new game that comes out, the Asian players are always at the top of the list and other regions have a very hard time reaching their level. Ever since the professional leagues were established the popularity of eSports has skyrocketed in Asian countries.

History of eSports in Korea

Korea is to eSports like what Brazil is to Football. They either dominate in almost every game that is famous or at least they’re very close to the top. This can be attributed to the fact that as we stated earlier, the government created whole programs just to make them more famous. The younger generations of eSports actually grew up watching eSports tournaments or leagues. The popularity is increasing steadily, the 2014 League of Legends World Championship Finals managed to gather around 40,000 people in the stadium just to watch Samsung White play versus Star Horn Royal Club. Korea may not be the cradle of eSports but it sure did help to make it grow to the size that it has today. Korea has a very special relationship with eSports, famous players are treated as celebrities in Korea and many kids sacrifice almost everything just to become famous one day.

History of eSports in Europe

Europe stands side by side with Korea and North America when it comes to promoting eSports. Some of the largest tournaments are held each year in Europe; they have prize pools that reach millions of dollars. Europe has followed suit and created professional leagues and managed to always come up with great talent and is home to some well-established dynasties. They are always working hard to promote eSports and are known for the fact that they have some of the most loyal fans in the entire world. Investments continue to pour in and foreign talent from Asian countries is regularly imported in order to make the region more competitive.

History of eSports in US

At last we come to the cradle of eSports, where it all began. USA is responsible for the creation of this giant. From the small tournaments to million dollar prizes in less than two decades, they held the first tournaments that opened up the path for everyone. After the 1972 Spacewars tournament, many other tournaments were held like the Space Invaders tournament that had around 10,000 players, all this happened in 1980. However, they still had a hard time and went through many bumps during their journey in creating leagues that would offer talented players a shot to become professionals. Today, eSports are a huge deal in US, professional leagues and tournaments attract thousands of spectators as well millions watching from their computers. Along with Europe and South East Asia they are singlehandedly responsible for the creation of the eSports industry.

The big three of North America, South East Asia and Europe may be responsible for the creation of eSports and helping it reach the status that it has today but we must not forget the importance of other regions such as South America that is constantly coming up with new teams and players that are conquering the eSports world.