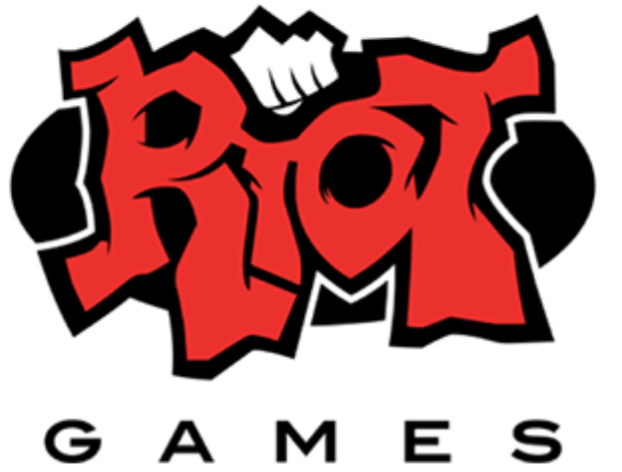 The most consistent stereotype that has managed to survive for many years now is that the eSports industry can’t offer people long-lasting jobs or jobs that pay well enough. With the recent boom of the eSports industry we can safely say that now people have many choices in the eSports world. The eSports compensations may not be at the same level yet as in some other sports but it is safe to assume that the changes are happening and they are happening rapidly. Programming is the basis of eSports in the sense that it takes some very talented programmers to do some excellent work in order to create some of the jaw-dropping games with video graphics that are simply amazing.

Every famous game needed some incredible programmers in order to execute and create the ideas that the game creators had in mind. Counter Strike, Dota, League of Legends, Hearthstone and many other games would have never been possible if it weren’t for the programmers that worked for months or years to create that content. I remember when Warcraft III came out and how it took the world by storm in a very short time, while it may have been fun to play, it must have been extremely hard to bring to life such a game and that was back in 2002, now just imagine for a moment how much the games have changed since then. The level of detail we see in today’s games or possibilities we see have been thought to be impossible 20 years ago.

Then it is quite understandable that these programmers get paid pretty well. According to Careerigniter the average programmer makes around $92,660.00 a year or ($44.55 an hour). That’s a pretty good payday and of course this is just the average because the top 10 percent of them make $143,540 a year or $69.01 an hour. Taking into consideration that this job takes a lot of skill and it needs to be top quality in order to succeed in creating a game that the public may enjoy this money that they earn becomes justifiable.

This part of eSports is constantly changing for the better; eSports professional gamers are constantly getting better contracts each day. With the rapid increase in investments and awareness of eSports, we’re talking about millions just from the contracts that the players get from their teams, without taking into account how much they earn from streaming, which is a big amount of money. The eSports pro player salary it depends from the games as well. As we all know some games are very famous and have grabbed the attention of the media and fans worldwide while some other games have a smaller fan base and have a hard time to gain more popularity.

Another contributing factor to the difference in salaries in professional gaming is the fact that new games come out every year. Overwatch comes to mind, when this game came out a large chunk of the player base and fan base of already famous games like League of Legends and Dota 2 started playing Overwatch and watching the professional scene. Games with smaller player and fan base are having trouble competing with that. This causes the domino effect, when less people watch the professional scene of that game and less people play that game, which means that the tournaments have smaller prize pools and teams offer contracts to players that pay less.

While some players earn millions of dollars, the eSports players income still has a long way to go in order to offer many players what traditional sports can offer. Football players or basketball players for example earn tens of millions each year annually just from their teams without taking into account how much they earn from endorsements, while eSports players are still going through a trial phase where a handful of players earn millions and some of their teammates earn significantly less. This may take time until a balance will be reached, it is understandable that some players will always be paid better than the others, sometimes however the differences are extreme and that will not help the eSports world to grow and move into the right direction.

The highest earning eSports players are trailblazers in every game and we should cherish the fact that we get to see some players earn millions of dollars each year by doing what they love. This helps in fighting the stereotype that games don’t have to be taken serious and when people hear things that professional players get paid this amount of money they will know that it’s something that is enjoyed by hundreds of millions of people all around the globe and it is growing each year with a very fast pace.

The big dogs of eSports

Just like in the sports industry, eSports has the games where players get paid many times more than compared to some other games. The eSports industry has evolved rather quickly when it came to finances. Just a decade ago the term professional gamer was rarely used and the amount of money that they made was just a small fraction of what they make now. The big leap happened when high speed internet made it possible for players to play against each other from their homes, for that reason the number of players increased and the revenue for the largest game creators multiplied many times. Game creator saw that opportunity and constantly made new games that were more enjoyable to be played with other people and not just alone. For this reason games like League of Legends, Dota 2, CS:GO and many multiplayer games are very famous at the moment.

League of Legends is a phenomenon in the gaming world. This game continuously manages to shatter records set by previous games. With a player base that no other game ever even dreamt of having and with a fan base that keeps on attracting new viewers every day. According to Riot games, the creators of League of Legends in 2014 there were 67 million monthly active players, a number which increased for a quarter in 2016, where they reported that they had 100 million monthly active players playing the game each month.

It’s understandable that League of Legends may have some of the most paid players in the eSports industry. A player getting paid in millions is not a strange concept in the professional League of Legends scene. The Asian market pays for the top players in millions and it’s not just one or two players, there are many players that have entered the million dollar club. The League of Legends player salary is constantly changing in Asia every year. The legendary icon of League of Legends, Lee “Faker” Sang-hyeok recent contract made him the player with the highest salary in LOL professional scene. According to many sources his new contract is rumored to be around $2.5 million, this is just speculation because some other sources claim that the number is actually higher but the player and the team decided to keep the actual number a secret from the world.

A very interesting case was when in 2015 a number of Korean players went to China and that caused for many players to ask for better paying contracts. When most of the Korean players returned to Korea from China they signed even better contracts than compared to prior years. If we go to other famous regions such as Europe and North America the players might not be paid in such numbers, but still compared to the average person the top tier gamers continue to be paid in huge numbers. The salaries eSports are just a part of what a player earns, most of the players also earn from streaming and from the prize pools of tournaments.

Streaming has been a great source of income for many retired professional gamers as well. There are countless ex-pros that stream every day and make a good living from it. Tournament prize pools in League of Legends still haven’t achieved the potential that they have. Compared to Dota 2 the difference is astonishing. The gap is slowly closing as the prize pools have steadily increased every year for the major tournaments and leagues every year. So in the next few years we can expect League of Legends to be on the same level when it comes to prize pool earnings.

The dota 2 player salary is not the same when you compare it to what a player in League of Legends makes, however as we stated above the amount of money that professional players make from prize pools is jaw-dropping. The International, which is the biggest tournament in Dota 2 holds the record for the largest prize pool in eSports history. The number we’re talking about is $20 million, let that sink in for a moment. Sixteen battled to win the main prize, which Wings Gaming managed to do and earn a cool $9,139,002 for winning the tournament. The amount of money that Dota 2 players earn from tournaments still baffles many people; they think that it’s impossible to earn this amount of money from playing video games.

The richest dota 2 player so far has to be Saahil “UNiVeRsE” Arora with $2,720,590.67 according to Esportsearnings.com, in the 2nd place and with almost the same amount of earnings comes Peter “ppd” Dager with $2,602,008.62, the top 25 list is made of players that have all earned more than a million dollars. However these numbers as well are rapidly changing and Dota 2 players are earning each year more compared than the last. This is due to the ever increasing fame of eSports.

An interesting comparison can be made with League of Legends as the professional gamers of Dota 2 that make the top 25 of the most paid players in the world is more diverse. Despite having a large number of Chinese professionals on the top 25, there are quite a few of European and North American players on this list.

Counter Strike: Global Offensive is not on the same level as League of Legends and Dota 2 when it comes to revenue. CS:GO has been struggling to gain ground against these games despite having a very loyal and passionate player and fan base. CS:GO has had an advantage when it came out because it was just a continuation of the earlier Counter Strike series that were very successful in their prime. The biggest tournament so far for CS:GO was World Electronic Sports Games 2016 (CS:GO) which had a prize pool $1,500,000.00, this is not the only tournament where $1 million is surpassed in prize pool money and we can expect in 2017 the number to increase even more.

If we talk about the richest csgo player, the crown goes to Filip “neo” Kubski with $462,498.49 in earnings and right behind him we have another Polish player, Wiktor “TaZ” Wojtas with $460,698.49. Something that will stand out if you check the top 25 players that have earned the most in CS:GO is the fact that almost the entire list is made of European players with the exception of some Brazilian players.