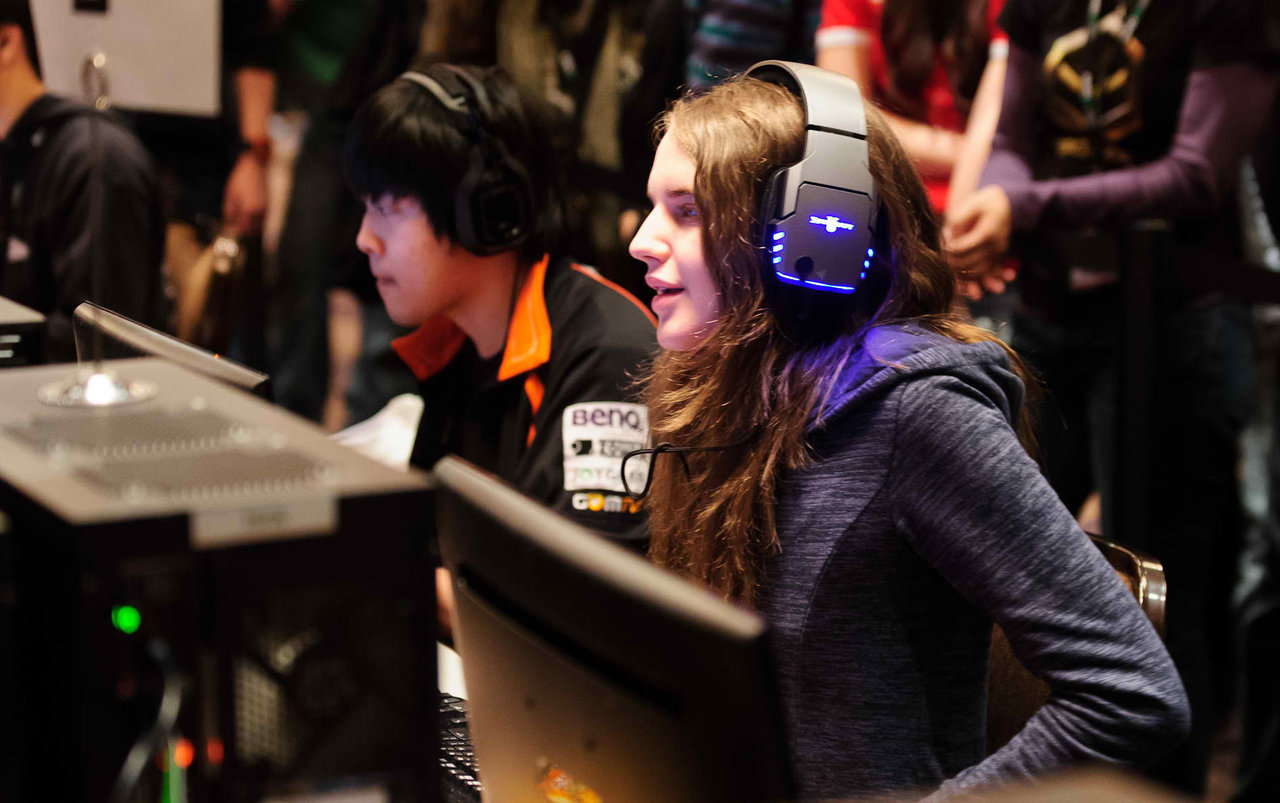 The existence of eSports is a strange thing to many people let alone the existence of the female eSports, the interesting part about this is that when we take into consideration the fact that gaming and eSports are becoming a billion dollar industry, the female eSports isn’t so far-fetched anymore. The stereotypes that gaming is a men’s only club is still relatively true, although women have made a lot of progress in the past few years. Seeing women stream popular games isn’t a strange sight anymore and let me tell you there are many famous women streamers that make thousands and thousands of dollars every month. It’s not only looks that attract viewership for these streamers; there are many skilled women that can play games at a very high level.

Even in this day and age where many things previously thought impossible have become things that we see as nothing special. The same can be said about female eSports, many people will refuse even the existence of eSports as a sport let alone accepting the fact that women are making huge strides in conquering the world of eSports. It is a known fact that women make a very small portion in the professional scene of eSports, nonetheless that hasn’t stopped some women from chasing their dream. As in every other sport it is quite hard to make it to the top, only a handful of people reach that level of professionalism. It is still considered a male only environment and heavily stereotyped in that sense but then again some women didn’t give up and managed to reach that level of professionalism and create a nice career for themselves.

Kaitlyn Richelle, a professional Starcraft player has told us what many gamers know to be true, that the level of toxicity in online games is quite high, especially at the lower ranks. “I used to use the name Kaitlyn in SC2, and I just got so much random hate. I still use that name when I compete, but I don’t use it online anymore. In CS:GO, when you get to higher levels… people get a lot less toxic. But when I’m trying to rank up and I’m starting on Gold Nova, people are insanely toxic if I ever say anything, or they’re very patronizing. I stopped playing CS:GO. I do not play that game alone. I will not play that game alone, even though it was my second favorite game after StarCraft. I haven’t played it for a year.” She continued explaining in detail that at the lower levels of these games the toxicity is insanely high and to many people that is quite hard to just shake it off.

The hate and the profanities that people can send in these online games sometimes it’s hard to accept, taking into consideration that it is a game being played for fun. On multiple occasions I have personally been a witness where a player would decide to spew profanities directed towards every player, and these moments definitely make it hard for people to enjoy games. So even for the best female pro players it is hard to deal with that level of toxicity.

For female pro gamers it is quite hard to make it. When you analyze the level of talent and hard work required to reach the status of becoming a professional gamer your mind will be blown. 12 hour playing days and the level of stress they have each day is enough to stop people from pursuing this as a viable career choice. For this reason many women have chosen to stream online on many streaming platforms. You may be surprised with the fact how much a known streamer can earn per year. We’re taking tens of thousands of dollars from the comfort of your own home while at the same time you’re doing what you love. So streaming is not a bad choice after all.

If you’re looking for a platform to stream your games then Twitch is definitely the place to do so. Many people have made fame and money this way. Anyone that follows eSports and plays multiplayer online games knows at least one famous female streamer, while many are known for their skill some of them provide more entertainment than skill. The same can be said about many male streamers, while they may not be top of the crop they provide entertainment that not even some professional players can provide. Below is a list of the hottest female gamers and streamers that have either the looks or the skills or in some cases, both of them.

Even though streaming is not exactly like professional gaming it sure is paving the way for many young women to follow the footsteps of these successful streamers and why not even try and reach the upper echelon of the eSports professional scene. Twitch is not the only platform that female gamers stream. The lack of women in professional gaming is evident but the future may point to a different direction where women will participate more in the gaming world, even though there have been professional gamers before and there are still some, the numbers are very low. Thankfully for women the environment is getting better for them to succeed in the upcoming years.

Female eSports is a rising phenomenon in all the major and famous games. The rise is a bit slower than what we would’ve liked to see but it is on a growing trend nonetheless. The numbers of female casual gamers compared to female eSports professional gamers is different. While many women play the game casually the number of professionals even in countries like China is still very low. 2014 was the year when the first all-female team was created. Since that time approximately 50 teams have been formed. From those teams, 10 of them are regular competitors in bigger tournaments. It is safe to say that you can find top female pro players that might be able to go toe to toe with male players in every game, but only if the number of the female professionals increases.

Despite the reported toxicity in the gaming community, there have been some bright spots nonetheless. One such case was Remilia, the first transgender player in the League of Legends community. She managed to reach great success. She played for Renegades in the North American League of Legends Championship Series. Even though her stay at the top was short, it was a success nonetheless. At the moment she is a member of Flyquest, which is also a team that plays in the NALCS, however she has yet to play a game for them professionally. This shows that despite facing many odds, there are still some players that managed to pass all the hurdles being thrown at them.

CS:GO is gaining massive popularity every day and it is not surprising that we get to see talented women playing CS:GO more and more. Many teams have recently announced that they are creating all-female teams. It is getting hard to decide which team is the best female cs go team, because the level of quality among female players is increasing each day. Female gamers are enjoying CS:GO and you can see many of them stream or play professionally now despite facing many hurdles and having some people be very toxic towards them.

While in countries like China, Korea and western countries female gamers are becoming more and more popular, female gaming in India is still basically nonexistent. Female eSports in Delhi and Female eSports in Hyderabad is nonexistent. Despite having a very large population and having famous gamers coming out of that country, we have yet to see a female professional gamer come out of this country. It may be because of the social norms that make it harder for women to be able to compete.

With the announcing of the creation of many female teams in North America, European countries and far eastern countries there is hope for a brighter future for aspiring female gamers. This is a good start and despite the fact that it will take a long time for them to have the same participation as men in the professional gaming community, it is nonetheless a steady progress. With that being said, I don’t think that all-female teams are the answer. Since eSports do not require the physical strength that traditional sports do, it is better if women were to play more on mixed teams. Creating an all-female team can limit some of the best female players, since professional female players are still very rare it is a tough task just to create an all-female squad, let alone a team that can compete professionally and eventually achieve success. Being in mixed teams can be very helpful to the best female gamers as they can learn to adapt quicker in the gaming community that for the moment is male dominated. Having to sacrifice the chance to grow as a player and achieve success internationally just for the sake of being in an all-female team is the wrong way to go. I hope that in the near future we won’t have to write separated articles for female gaming, because they would have been fully integrated in the professional gaming community.