Is eSports a real sport? 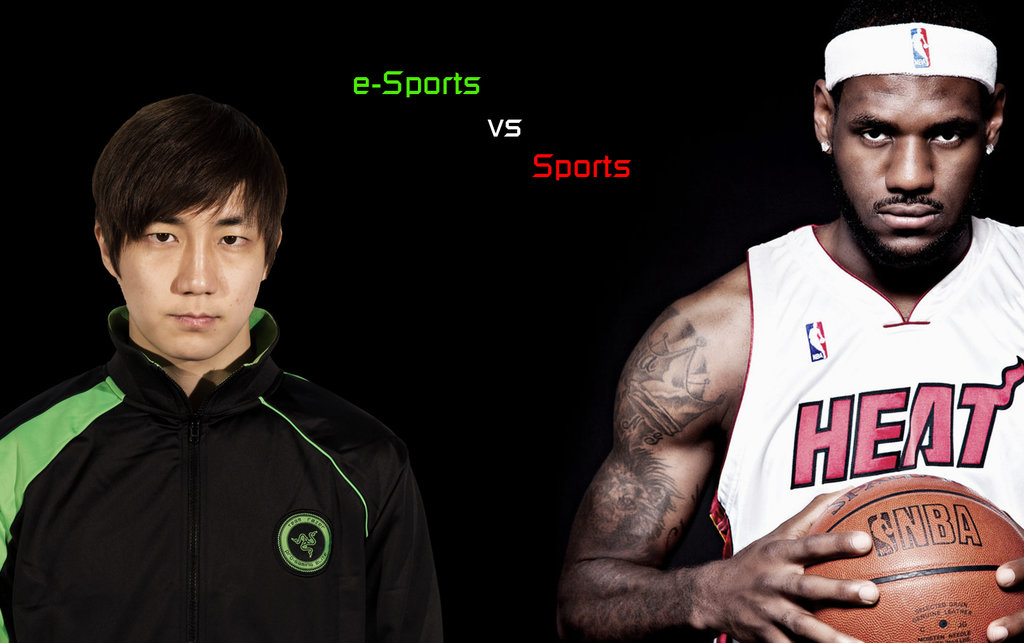 It’s incredible to think how fast some things change. Video games have been considered as only recreational and have been mostly targeted towards the younger audiences; the fact that today I am writing an article and discussing whether eSports can be in the same conversation as the regular sports or if they’re just a competition as it has been called by some people is mind-blowing to say the least. Just twenty short years ago if you would have mentioned this to anyone the best reaction that you might’ve gotten was that you’re quite the optimist. It’s a pleasure seeing the eSports scene developing right in front of our eyes and becoming a gigantic industry that many people thought was impossible. Nonetheless, there are also some interesting arguments that say eSports can’t be in the same category as the traditional sports because they’re just games being played competitively. We will try and answer a fundamental question, is video games a sport?

Money as an indicator

The similarities sometimes tend to be quite big if we compare eSports and the traditional sports. An interesting similarity is the fact that both of them have started small and were played just for fun, no one thought that someday people would play them professionally and players would be able to amass huge amounts of wealth from them. If we take soccer as an example and compare it with the growth of eSports we will be surprised that it took Soccer longer than eSports to become this big. In less than two decades eSports have gone from the “basement” tournaments between friends to million dollar prize pools. Moneywise, if we ask should eSports be considered a real sport? We can generally agree that eSports fit in that category. With the current projections that we have about the future of eSports it will soon pass in revenue some of the most famous American leagues such as the NBA.

Sports are created as a way of entertaining people. If we go back in the days where Gladiators had almost the same fame as today’s players have, we can notice a constant pattern where everything that was done inside a Coliseum, football field or now a computer was always done to entertain the people watching them first and foremost. Some of the most famous sports now such as Soccer and Basketball have millions of fans throughout the world and the most famous players have almost reached a godlike status in the eyes of their fans, the same thing can be said about the top tier players in the professional eSports scene.

Again coming back to the question, are eSports real sports? If you have millions of fans that want to watch every single move that you make and anticipating magic coming out of their screens, it’s safe to assume that even in this sense eSports are on par or even slowly surpassing the traditional sports. The League of Legends 2016 World Championship Finals were watched by 43 million people, if we compare it to the NBA 2016 Play Offs Finals it will be a lopsided comparison because the League of Legends viewership crushes the NBA Finals viewership by 12 million viewers. Another example comes to mind, the League of Legends’ most famous player, nicknamed “Faker” in one of his latest streams where he was playing for fun had more than 250.000 viewers, you read that correctly, 250.000 people were watching him play for fun, nothing competitive.

Much to the surprise of many people, eSports players have sponsors just like the regular athletes. If you take the time to watch games where eSports players professionally you will notice that their shirts are covered with the logos of sponsors. I’m not talking only about the best teams in the world; every team that plays in the higher levels has sponsors. The trend of sponsoring teams is growing and the most renowned tech companies now are lining up just to sponsor the top tier teams. We can add this as well to the list of why eSports is a sport.

The strongest argument that people have against eSports being considered as traditional sports is physicality. If you look at it through this lens it might make sense to a certain point, after all eSports players get to sit in front of their computer screens for hours on end while the traditional athletes have to use their bodies during the entire time, running up and down the court, bumping each other, pushing and pulling, the list goes on and on. If we take a closer look we can see that there are Olympic sports such as the Shooting sport that requires a lot of accuracy but it’s not very physical. If we take out the physical argument, the differences become very small and maybe you can even say trivial. If you spend years trying to get better at what you do and play competitively against other players is more important when it comes to taking the traditional sport status than whether you bruise your body and have to physically push other players constantly.

I know that many of you may think how it is possible to even get injuries from playing video games. When it comes to injuries eSports vs sports are almost on the same page. While the injuries you may get from playing video games may not be as bone-chilling as you can get from playing the more physical sports, it doesn’t mean that eSports professionals are immune to injuries of any kind. The Carpal Tunnel is a very common injury that eSports players get and believe it or not, it may be a career ending injury. In the early days of the eSports these injuries were very rare but as time passed and the amount of hours that players practice every day increased they started to show up in the gaming community. Another similarity, so even when it comes to injuries, eSports and the traditional sports have something in common, thus the gaming is not a sport argument slowly loses value in this aspect as well.

The average age of a professional game is quite young if we compare it with the other traditional sports and based on this it can lead us into thinking that the level of professionalism in the eSports scene may not be that high and that they play just for fun or don’t consider it as an actual job. They couldn’t be more wrong; when it comes to professionalism of eSports compared to sports have no difference whatsoever. The amount of time that professional gamers spend practicing alone or with their team is staggering, they spend up to 12 hours a day playing and learning new ways how to get better at the game.

The level of concentration that these players need to have day in and day out, it is incredible. Playing for 12 hours a day and trying to do your best at all times in order to improve is a hard thing to do. Is eSports a sport debate will die down soon enough if we start seeing the similarities between the two. The true dedication of the eSports professionals is almost unmatched because most of the professional teams have their players actually live together in the so-called gaming houses in order to be close to each other and increase their in-game communication and synergy.

Games like League of Legends and Dota 2 are even harder in a way, they are constantly changing. Every certain amount of time they get new updates and the game strategies change with them. This means that players have to adapt to new strategies in a very short period of time. If you start watching videos of professional games being played 3 or 4 years ago compared to now you can see the differences for yourself, you can also notice the fact that they are becoming serious more and more each day. When you start thinking about the fact that these games are quite complex and constantly changing reaching the upper echelon of the professional world and staying there is no easy feat.

When they first started being played in small venues with prizes that were just a couple of hundred dollars the competition in the professional scene wasn’t a thing, now with the increased popularity of video gaming more and more people are actually trying to become professional gamers. Succeeding in the world of professional gaming is becoming harder and harder nowadays. The players are very motivated because they know that they will benefit financially if they manage to reach the top. The fact that major investors are investing every day and creating new teams means that they’re spending large amounts of money to get the top tier talent. The competition is only getting stronger each day and players are working extra hard just to secure a place in the competitive scene.

The eSports professional scene is very organized; it is incredible to watch how professional the leagues and the tournaments are for all the famous video games. If we analyze also the way that teams are organized, you would be surprised by the level of professionalism that they operate. They are basically run as multimillion dollar corporates. The players aren’t the only ones that make up the team, they have coaches, analysts and even they are not strange to the concept of hiring a sports psychologist. The players are treated the same way that athletes are treated by their teams; they make sure that they have everything that they need and lately the professional gamers have also started following strict diets.

The ultimate question is professional gaming a sport? The answer can be yes if we consider the details that we discussed so far. If an activity can be considered a sport based only on the physicality of the game, then the International Olympic Committee (IOC) needs to make some changes. The irony in all of this is the fact that eSports are getting closer and closer each day to becoming a fully recognized sport by the IOC. If we surpass this comparison, we see that there are only small differences between the traditional sports that we have been watching and playing for so long and the video games that we love to play and watch!

Trying to come to a conclusion whether we can brand the eSports as a sport still may be a hot topic for some because they might reject it categorically. Many will still refuse to brand anything that is computer related a “real” sport and will find it silly that people are so passionate about this and they actually have professional careers and earn millions from playing video games on a daily basis. Writing an is eSports a sport article has made really try and consider all the possibilities as to what can be called a sport and for what reason. If we take into account the similarities that eSports and the regular sports have in common we can come to a conclusion that they can actually be in the same category. The fan bases that both have are something to behold as they try to emulate their favorite athletes by trying to get better and better and maybe someday reach their level of skill or just watch them in awe as they do mind-blowing things every day. I believe it is important for the eSports world to continue the path that it is on right now and keep on getting bigger and bigger every day.