Home-Industry-Misfits Gaming Group and Tokyo Time entering into a partnership for several years
Industry
by David Konti on 16.02.2021 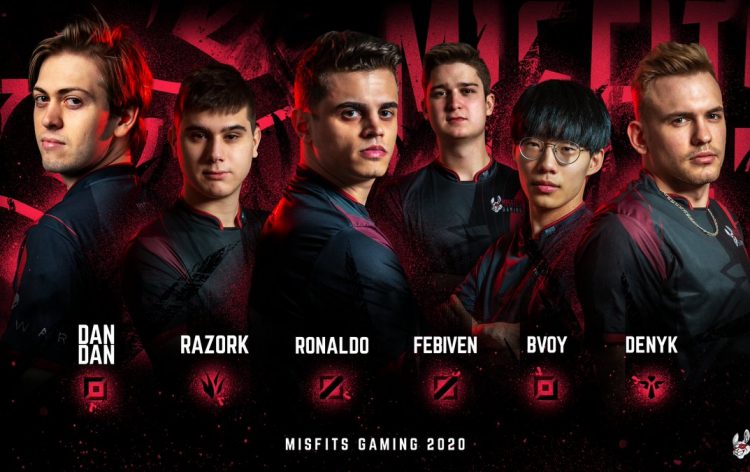 Misfits Gaming group (MGG), which is an esports and entertainment company, has decided to become a partner of one of the most famous British headwear brands Tokyo Time.

It seems like these two companies will gain profit from each other. Tokyo Time is going to produce hats that will be with the logo of Misfits Gaming Group.

Vas Roberts, who is hired as Vice President by Misfits Gaming Group to conduct the partnership processes between the above-mentioned two brands, about partnership says that they are excited to partner with an exciting new brand to create new products for their fans and players. As Vice President’s statement says, Tokyo Time is a brand that partnered with several traditional sports leagues and he is excited that Misfits Gaming Group is their first partner in eSports.

These kinds of deals are not as rare, as they may seem at first sight. After a long time searching we’ve seen that esports in our digital world is getting popular day after day. One of the key reasons for their popularity is that they are usually entering into a partnership with famous brands and companies. And as eSports progresses step by step, sponsorships are becoming very common in Esports, especially with well-known brands. How does eSports work? eSports is something that describes the world of competition and is linked to video gaming. People are betting on several websites with money and mostly, with cryptos, because of their fast-increasing value and gaining money. In our research based on a list of eSports betting sites with crypto, we found that there are many popular brands that are begging bookmakers to use their logos, features, and partner with them.

Because of the profit and popularity, which can be gained from the sponsorship of eSports, Tokyo Time decided to be a sponsor of Misfits Gaming Group. The CEO of Tokyo Time, Paul Davison said that their company is greatly thrilled to partner up with the impressive eSports team Misfits Gaming. They are looking forward to producing some exciting collaborations that will excite fans over the next few years.

Tokyo Time is not the only company, which decided to be a partner of Misfits Gaming Group. The mentioned eSports company made several partnerships with globally popular organizations, such as ASUS ROG, which is a brand of desktop and hardware in ownership of worldly famous tech company ASUS. Also, peripherals company MOUNTAIN became the sponsor of the Misfits Gaming Group.

Gamers are actively involved with those championships.

If you love gaming and are interested in eSports, the easiest way to get involved is to join a league or play in Tournaments. The world of eSports is growing and more and more things are going to happen, to make eSports companies a place, where gamers can find themselves.