Home / Progaming / Top 5 Movies That Every eSports Fan Shall Watch
Progaming
by David Konti on 23.09.2021

Top 5 Movies That Every eSports Fan Shall Watch 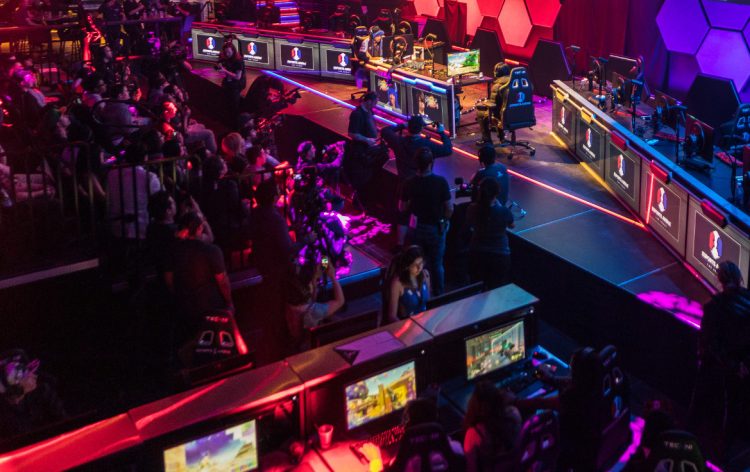 Movies categories have evolved so much from the classical romance and comedy movies, we started to see more of Sci-Fi movies, animated movies, and eSports movies. The term itself might be new, eSports, however, it directly dictates what is it about, these types of movies talk about sporting competitions that practice electronically, rather than physically, and people use different consoles and platforms to compete, probably the most played games in this aspects are: Dota 2, Counter-Strike: Global Offence, and Fortnite.

Such kind of activities has become popular over the last few years, yet there are some festival and events that are done on a yearly basis, the biggest and the most-watched eGaming event of all time was hosted this year in Singapore, which had 5.41 million peak viewers from all around the world, the event brings together the top e-gamers around the world and put them face-to-face, to compete for a grand award that is usually worthy of every struggle a player might go through

In the following we will review the top movies about esports, these movies are considered to be favorites for every gamer, since they have inspiring stories, and success stories behind their plots, that probably every gamer can relate to.

Free To Play: The Movie

What would be better than a movie produced by the developers of one of the most played games of all time, Valve Corporation, has produced the movie that talks about 3 teenagers: Dendi, Fear, and Hyhy, who are from different backgrounds, but share the same hobby of playing Dota 2.

The movie talks about the struggle and the challenges these three teenagers face as they try to participate in one of the biggest eGaming events for a life-changing award of $1,000,000. But the road to that is not easy because their journey is challenged by family and social pressure that they must at school at such age, and the stigma that gaming will never get them anywhere.

However, nothing could stop them from chasing their dreams, and at a young age, they refuse to surrender to any kind of pressure and they make huge sacrifices as they go, in order to prove that gaming is not just for “fun” and that gaming can be considered as a serious job and career for life, besides that, the movie spots the light on never giving up on your dreams, and whatever the society would tell you, your dreams are bigger than everything, and if you believe in it, you can make it.

Probably one of the first esports movies produced in this sphere, in 2012, the movie talks about 4 friends who somehow managed to gather together, and they find in each other the fit to participate in a Cyberbowl Video Games Tournament, as they try to convert the long hours spent playing Xbox into a useful experience.

The movie starts when Cody, who plays video games for pleasure, is left out of a job which makes him spend more time on his video games console, things get only worse for Cody as his wife gets sick of his endless playtime, and decides to leave her gamer husband. Cody finds his old friend Andy, with whom they meet with other 2 friends and decide to form a team and compete in the upcoming Video Gaming Championship in Los Angeles.

Things don’t go as planned for their team, as their enemies on the virtual battlefield are on a much higher level than what they have expected, which means nothing but more desperation for the award that they have dreamed about.

This movie touches this aspect from a different perspective and views the e-gaming industry from a different eye, it does not talk about a heroic win or a successful journey that someone made by sacrificing and handling pressure, it does open the viewers’ eyes to a new world that exists in our life, an entire society that probably counts for more than countries in terms of population which might have always been underestimated, or never heard of.

This is the type of esports movie that showcases the existence of a society of gamers, that probably everyone overlooks, this society has always been stereotyped as a shelter for losers, or for those who have nothing else in their life but spending endless hours in the bedrooms playing some video games.

The producer of this movie sheds a light on the struggles that e-gamers face every day, trying to clear that image everyone has on them, that there is nothing wrong with spending quality time playing video games if it brings you pleasure and mental health, even if someone wanted to excel it as a career, it can also be a life-changing job, that brings income and status.

Discussing the events at the birthplace of e-gaming, this esports movie discusses how people in South Korea take their esports job very serious, as they struggle to earn a credible image and status in society, claiming that this kind of job shall get more awareness because it does not only bring very good income, it also requires a lot of skills sharpening.

The movie talks about the stories of 3 main characters, who have different starting, but happen to heavily play StarCraft video game, the 3 of them do not play for fun, but they play to work, and the more they play the harder it gets to stay at the top of their game because it requires more skills by the time.

The three stories are different but have the same link, one of them is a new starter in this kind of career, as it proves that this kind of job worths everything as it provides a great income. The second character is in a pro team already that struggles to keep on the top of their game, while the third character is a veteran who acts as a mentor, that no one really appreciates, but remains respectful among the hundreds of thousands playing this game.

A single game has changed the life of esports and the esports movies, StarCraft, a game that has changed the game, it became rapidly so famous in South Korea, Seoul, to the level that almost every internet cafe was packed with gamers who played and completed this game, almost every single player in the country was involved in some competition or contest revolving around StarCraft.

The rise of such a game has opened the door for many streaming platforms that hosted lots of events, events that managed to grab the attention of investors, who invested in developing more similar games, to create nothing but fierce competition in the gaming industry.

The movies talks how such game and other similar has affected the lives of many youngsters, in terms of dedication and commitment, it is not about wasting hours in vain, it is about sacrifices and determination that these games spark in people life.

Esports movies have emerged and developed so quickly, probably that is highly contributed to the fact that a niche was ready and waiting for this kind of movies, there was a huge demand and once these categories of movies started, it had such a great boom.

Luckily, this kind of industry incorporates giants of creativity, and game developers are highly associated with innovative ideas and creative plots, and we can expect nothing but more developments in the industry of esports movies.