What is eSports and why is it great? 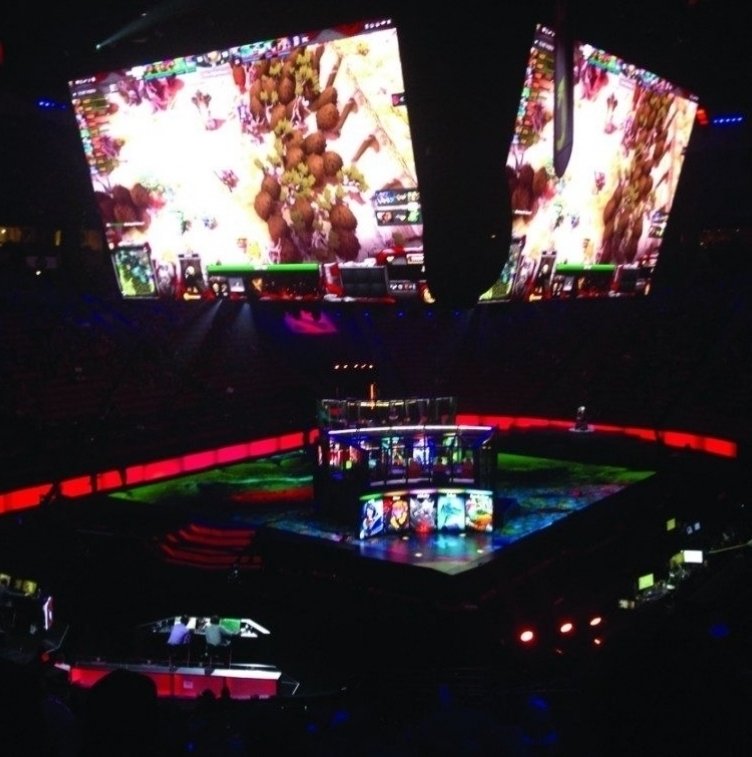 The unseen giant, this might be quite the synonym for eSports. While it continues to become more famous and attract millions and millions of players each day, to some it is still nothing but video games. But one thing is for sure eSports can’t be ignored because it already is a multibillion dollar industry and in a way, it is just starting. There is a lot more to come.

We’ve all seen them before, a bunch of teenagers most of the time in front of their computers, clicking their mouse and keyboard at such a rapid speed that we thought it was impossible before. But many people don’t take them seriously thinking that they’re just games meant to be played only for fun. This statement couldn’t be any further from the truth. If we google it, eSports definition is “a multiplayer video game played competitively for spectators, typically by professional gamers.” If we delve deeper into this we notice that it is an actual career choice, taken by many people.

What are eSports sports?

The multibillionaire dollar industry is very organized with leagues and tournaments held across the world every year. The most famous online games such as League of Legends, DotA 2, CS:GO, Call of Duty, Smite etc. Organize tournaments and professional Leagues. When I say professional, I am talking about tournaments that have the prize pool of up to $20 million. There are players that earn millions of dollars each year. So saying that eSports are becoming a sport of the future is just an understatement. Projections have shown that eSports will actually be earning more than some of the most famous leagues in the world such as the NBA, while they have already surpassed the NHL.

Differences and similarities between eSports and traditional sports

While it is hard in a way to exactly define eSports and compare them to the traditional sports that we have been watching for centuries now, contrary to popular belief they have some shocking similarities.

Are they just a competition?

If they are just a competition then by that definition they shouldn’t have taken place at the Rio 2016 Summer Olympics. Super Smash Bros. for Wii U and Smite were the two games that achieved to break this barrier. The International eGames Committee (IEGC) has been founded for this reason. This committee is a not-for-profit organization. The Pyeongchang 2018 Winter Olympics will continue to feature eSports as well as the Tokyo 2020 Summer Olympics. So coming again to the question of what is esports? Now we can gain more clarity. Are the traditional sports considered sports just because of their physicality?

Sports beyond their physical prowess

All the major sports such as Soccer, Football and Basketball are very physical and the best players in these respective fields are considered freaks of nature in one way or the other because what they can do with their bodies sometimes it’s hard to even grasp as a spectator let alone do it. Nonetheless, it’s not just by their physical preparations that they are able to perform at such a high level; it takes years of mental preparation to perform at the highest level and achieve success. The same mental preparation is required in eSports which are also known as cybersports.

Asking the professional eSports players, what is professional eSports? And how hard it is succeed in them? They will tell you about their training regimen and how it is the same as a professional basketball player or football player. They practice extremely hard each day; they have rules that tell them when they can go out late and party, they even live together with their teammates. In order to improve their performances and team communication many professional teams rent houses where the coaching staff and the players live. The dedication is there without a doubt, in-game eSports strategies in some occasions might even be more complicated and harder to learn than those of traditional sports.

Yes, you can get injured playing. Yes, they can be serious injuries that cost some players their careers and they lose millions of dollars along with their careers. Wrist damages are on the rise each day, there have already been cases where a player had to rest for months on end or even undergo surgeries. There have also been some rare cases where a player had to retire because of an injury. After the careers of some young and promising players were cut short came the question, what is eSport world doing about it?

After seeing that they can’t allow the players to spend 12 hours a day in front of their screens and then do nothing for the rest of the day was very damaging for their wellbeing. Not just their wrists were in danger. Numerous health studies made have constantly shown that physical activity in these cases is the only way to make sure that these players can prolong their careers and be more agile in the meantime, giving them more mental strength as well as physical strength. If you read more about many professional players you will see that each of them at some point in their careers understood the importance of taking care of your health as well as your diet.

The detractors of eSports are quite large in numbers yet they fail to answer the question of what is cybersport? So far we have heard that they are just games being played competitively, but they always fail to take into consideration one fact, how much preparation is needed in order to compete at the highest level. If there are players that practice 12 hours a day, get paid by the millions and that they need a coaching staff to help them become better at what they do each day; that is an indicator that there are more similarities between the traditional sports and the eSports than there are differences.

Back in the day when the prize pool was sometimes just a couple of hundreds of dollars to the winner of the tournament; apart from some diehard fans that were very few in the numbers, the only audience was the tournament organizers and the coaching staff.

During that time eSports could have been considered maybe as just a pastime or a hobby. But when you have an organized sport that has tens of millions of fans watching every move that their favorite players make, it can’t be considered just a hobby anymore.

The eSports professional scene has offered us emotions that all the traditional sports offer. They have managed to shock us with surprising results or made us root for the underdogs that no one thought they could win. Dynasties have been created in these past few years, where teams have established dominance in their respective eSport and still continue to win (yes, I’m talking about SK Telecom T1 League of Legends team).

Every gamer that has spent at least a couple of months playing an online game, knows how hard it is to reach the skill level that professional gamers have. To most of us it is impossible, we don’t have the patience, the reflexes or simply put we might not be talented enough to reach their level. A professional gamer doesn’t just randomly press buttons on their keyboards, they know at very specific times what needs to be done. At any given time they keep track of many things that happen during the game.

In games like League of Legends, DotA 2 and CS:GO every member of the team knows their role and what is expected from the to do throughout the entire game. LoL and DotA 2 are even more specific; players need to know in what way they need to build their in-game champions in order to win the game easier. They communicate with their teammates at all times and keep track of small details, if they don’t, those details can cost them the game.

The reason why people love eSports

The short answer would always be the emotions that they give. The longer answer is the adrenaline that they get from seeing their favorite team win a major tournament or even the World Championship. As in every major traditional sport, there are moments that will never be forgotten by the eSports community. A moment I personally will never forget is from a match of League of Legends. It was the North American League Championship. In the 2nd game of Summer Split 2015 Finals, Doublelift managed to kill the entire team of TSM. I remember it vividly; to be more exact I remember the adrenaline rush that it gave me from witnessing that moment. The way he was able to dodge the skill-shots coming from the enemy team and killing them in the process is forever engraved in my memory.

Common ground for the future

The way some people see eSports, may that be as competitive games or sports will continue to be up for debate in the years to come. But it is more than certain that they have changed the way we see sports and enjoy them. There is still a long road and more history to be made for eSports. The future looks very bright, judging by the fact that the number of professional gamers is increasing each year. It is becoming a real career choice, that has its challenges and issues but on the other side it also gives and will continue to give much joy to the millions of diehard fans across the world.