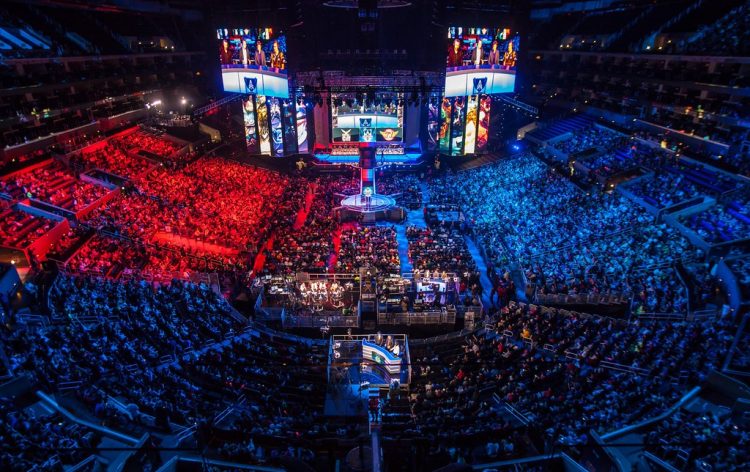 Esports in the world is developing rapidly. We see a lot of teams competing with each other and different countries are emerging as major esports hubs. SBI esports, a subsidiary of Japanese financial services giant SBI Group, on September 30 signed a sponsorship agreement with the venture capital division of VC Trade, under which professional eSports players will receive a salary in XRP.

SBI Holdings is actively developing the growing eSports industry in Japan, for which it launched SBI esports in July. The industry’s annual revenue was estimated at $1 billion last year, and by 2022 it is projected to grow to $2.3 billion.

SBI e-Sports is responsible for forming professional teams, coordinating media work on esports and providing advice to the industry. It is also designed to help local governments gain economic benefits by engaging in esports activities.

Through these efforts, SBI Holdings plans to increase the awareness of its brand among people focused on digital technology.

XRP and the gaming industry

While the decision to pay players’ salaries to XRP may seem unusual, it’s worth noting that SBI Holdings is a longtime Ripple partner. Back in 2016, they jointly created a subsidiary of SBI Ripple Asia. Also we should note that step by step cryptos are effectively gaining a foothold in the modern financial system and a lot of countries see it as an alternative to the traditional payment system. It is difficult not to agree with them, considering the advantages cryptocurrencies offer to people.

Ripple itself became part of the gaming industry last year. Xpring has invested $100 million in Forte, a blockchain-based gaming platform that uses open-source protocol, where XRP is used as a base asset.

What are Ripple and XRP in general?

XRP is the digital currency of the Ripple network, which exists only in the Ripple system. 1 XRP is divided into a million units called “drop.” Users can access quasi-mining coins: they can participate in scientific developments supported by Ripple Labs, doing calculations or performing other activities using computational algorithms, and receive as a reward XRP. Ripple company owns 65% of all tokens, the remaining 35% are released on the market. Ripple users don’t have to use XRP, but each Ripple account requires a 20 XRP margin.

XRP acts as a payment bridge that is used if direct asset exchange is not available – for example, in transactions with two rarely traded assets.

In the Ripple network, XRP tokens are freely sold for fiat money or cryptocurrencies, but Ripple considers the token primarily as a means of payment and instrument in exchange transactions, rather than as an alternative digital currency.